So behind but determined to keep this up! These are some photos from the last twelve weeks.. life threw us a curveball in June and landed us in the hospital for Jordan’s one month mark (and Father’s Day too!). Originally we had taken him in as a tag-a-long to Luke’s check up at our doctors office, and I’d felt like he’d been warm that morning, even though we weren’t registering a temperature underarm. But once there, they registered a high fever and sent us straight to the E.R.

Once I got my tears out, prayed and loaded Luke and I up, we arrived to the E.R. and signed in, and proceeded to spend about 7-8 hours of various tests done to assess why the fever was happening, including getting an IV put in, chest X-rays, blood draws, spinal tap and beyond, all of which were honestly heartbreaking. I felt a little like a robot and didn’t fully process it all til later in the evening. We stayed in the hospital that night as they continued testing and monitoring Jordan’s vitals. We ended up discovering (the next morning) that it was a urinary tract infection.. poor bud. They began antibiotics and I could instantly see the meds begin to work; his loud cry and alertness had returned. And thankfully his fever had been steadily declining, even without medications.

While we were at the hospital (for a week!), James held down the fort at home. It was no small feat to navigate being apart, see Jordan go through all of this craziness, uproot our big kids routines and groove entirely and parent separately like that. But we have our health back and Jordan has no long term issues and we are incredibly grateful for that—and James happened to be off of work which was also miraculous! It was a lot, emotionally.. you are in one breath completely at the mercy of other people, yet still this is your baby and you have instincts that you don’t want to ignore, it’s a little of a dance. 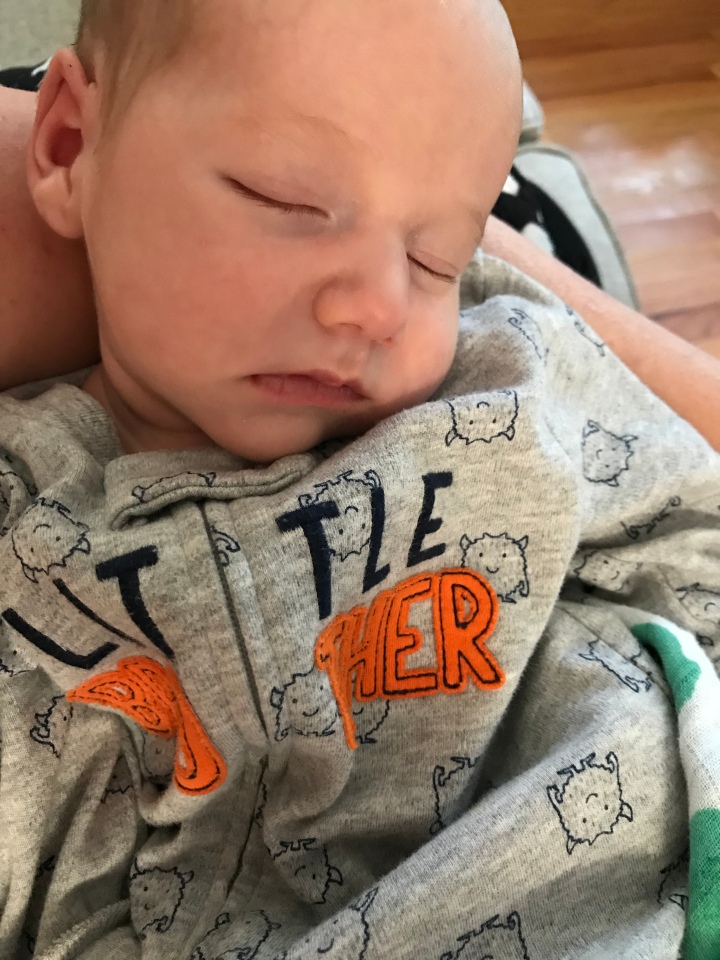 Aside from these scary moments, Jordan has been a strong and inquisitive little babe, showing off his strength as he grows (he could stand to slow it down on that front!–he is already holding himself up way too well!). There are so many smiles and very elaborate coo’s and jabbering. And nothing(!) makes him smile and chatter more than some eye-to-eye contact with his siblings! Pretty sure they’re all in love. We are verging on twelve weeks this Friday and he’s done two nights in a row of sleeping from 8:30pm to almost 7am, which had me googling if that’s even okay. I can’t remember any of the kiddos sleeping that long of a stretch, but I figure he’s good! The funny thing is that I’ve lost the same amount of sleep wondering if he’s okay than I would have if he’d just waken up to eat. Go figure 🙂 Feels like things are flying by, so taking time to soak up smells, smiles, the sound of his cry (dude has some lungs), such a precious precious time. 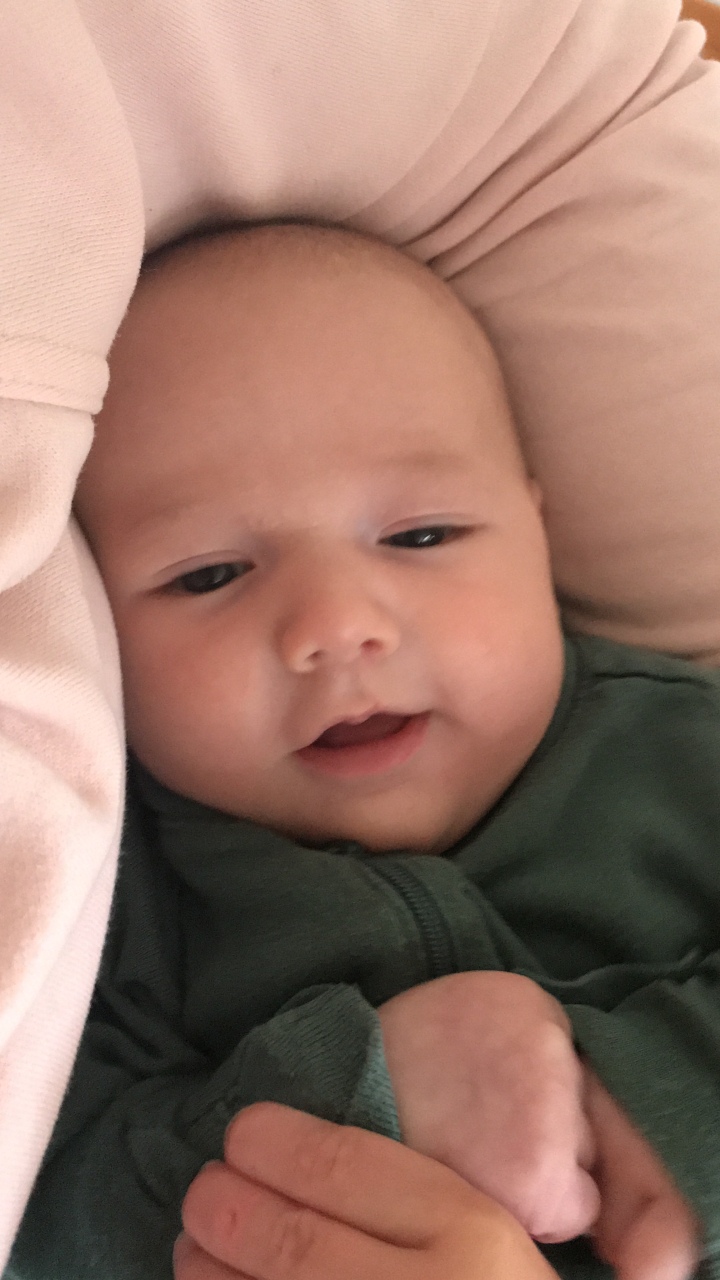 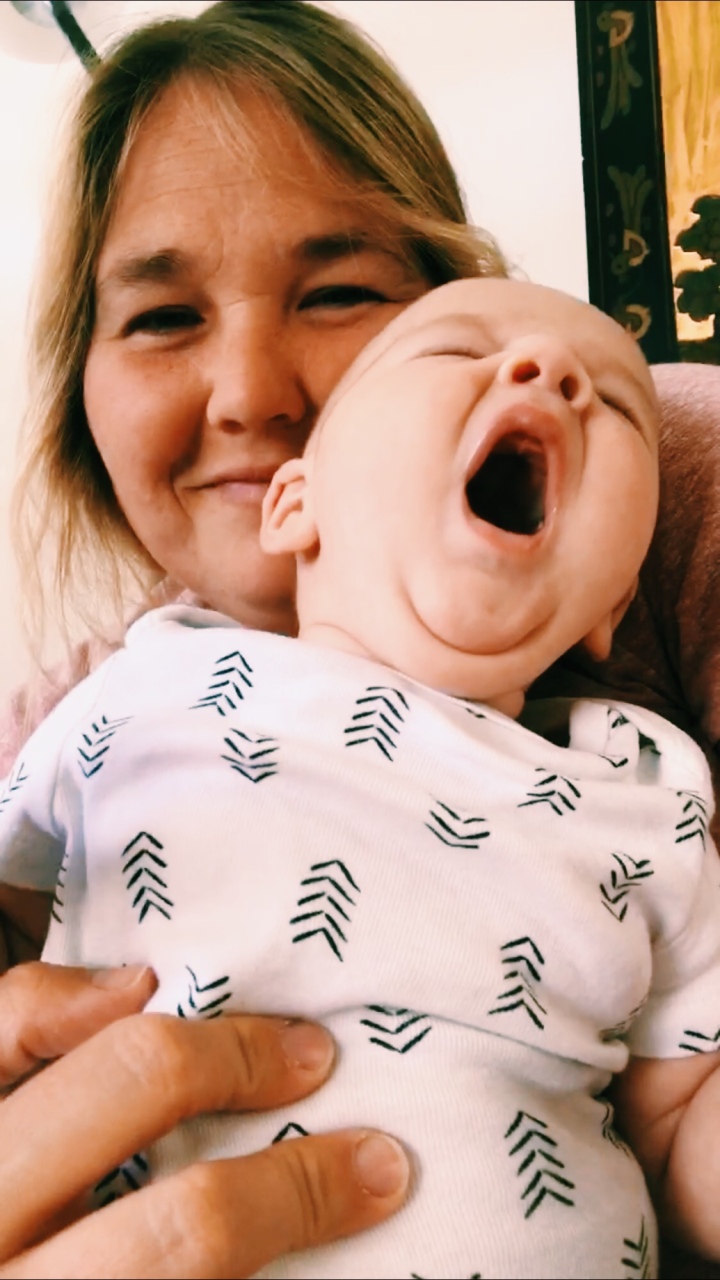 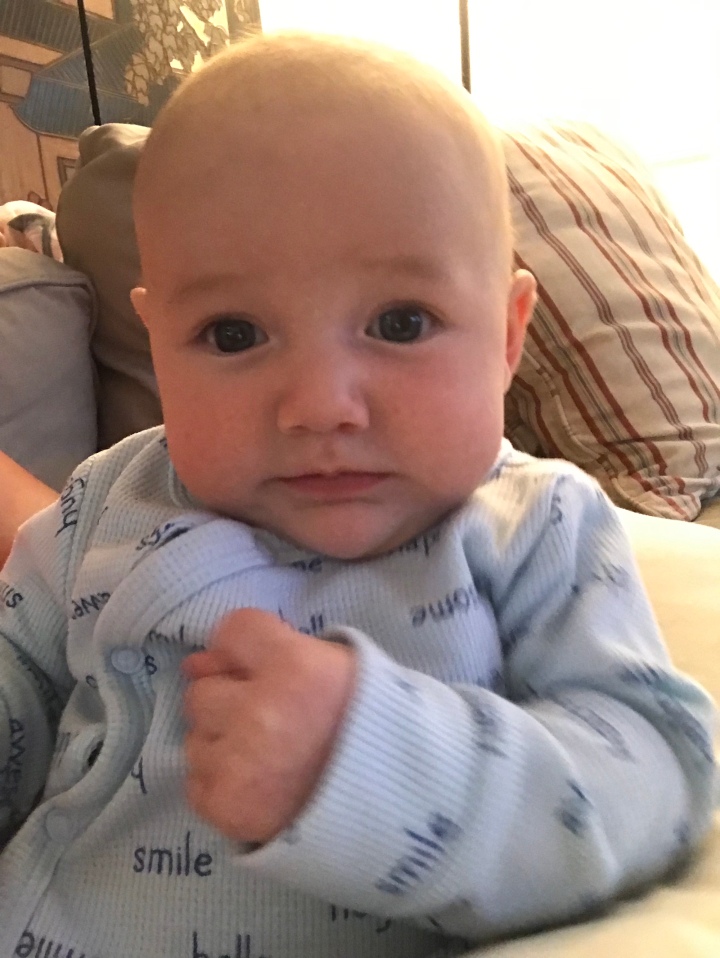 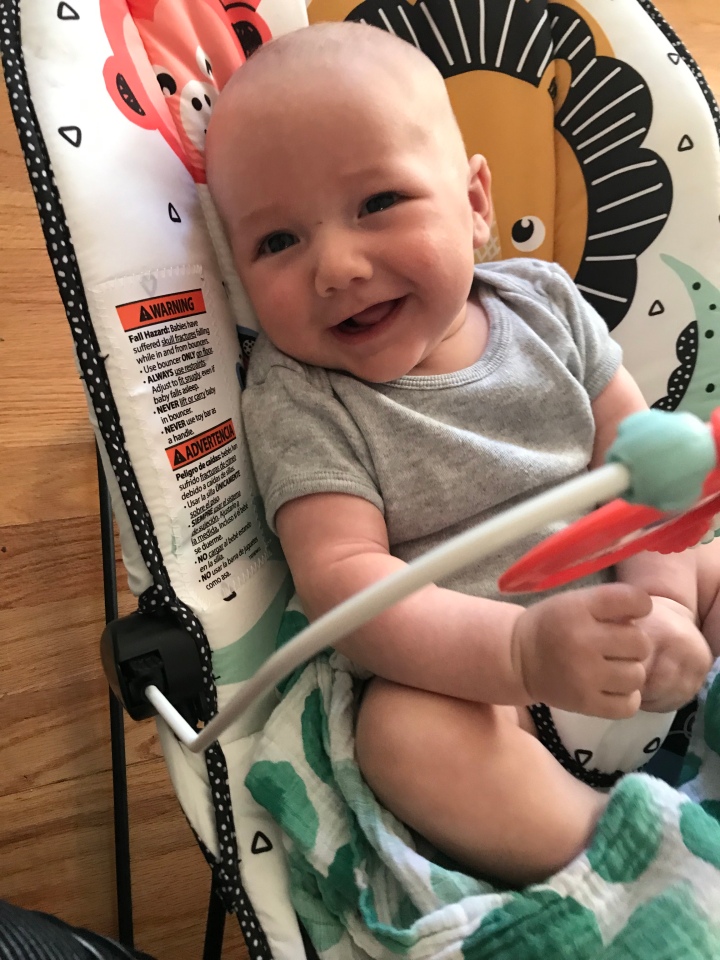 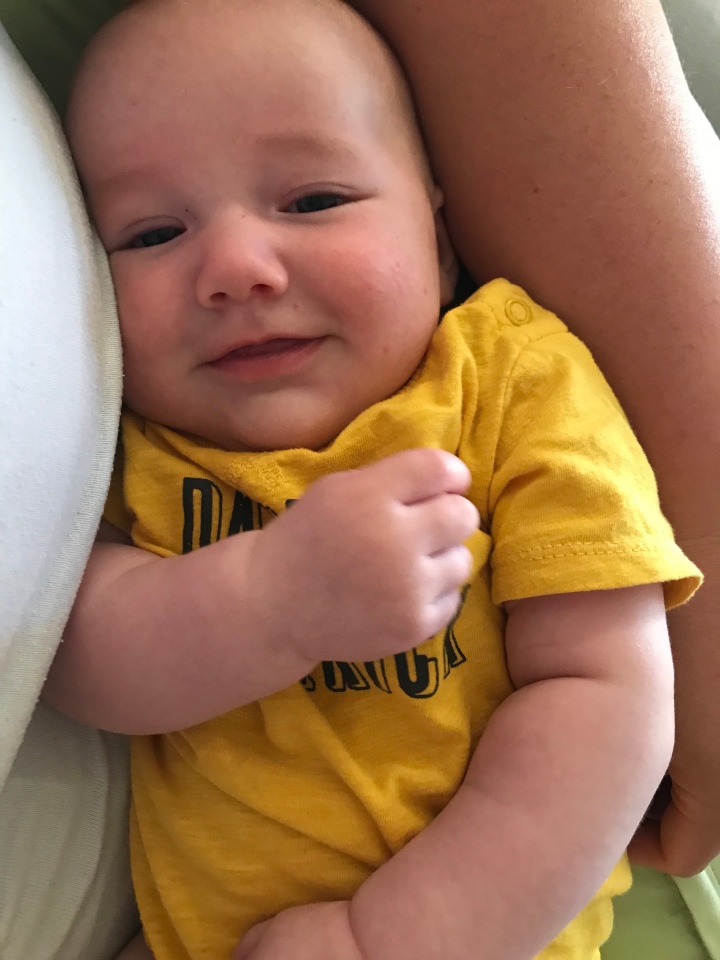 Hi! I’m Casey. I live on the coast in California with my husband James, our four year old Luke, three year old Kate, one year old Emma, and one in the oven, all of whom I spend my days wrangling.

Here you’ll find my writings on motherhood, home, summer days, things that inspire me, recipes I love, reading and most likely something ridiculous for good measure. How’s that for a smorgasbord? 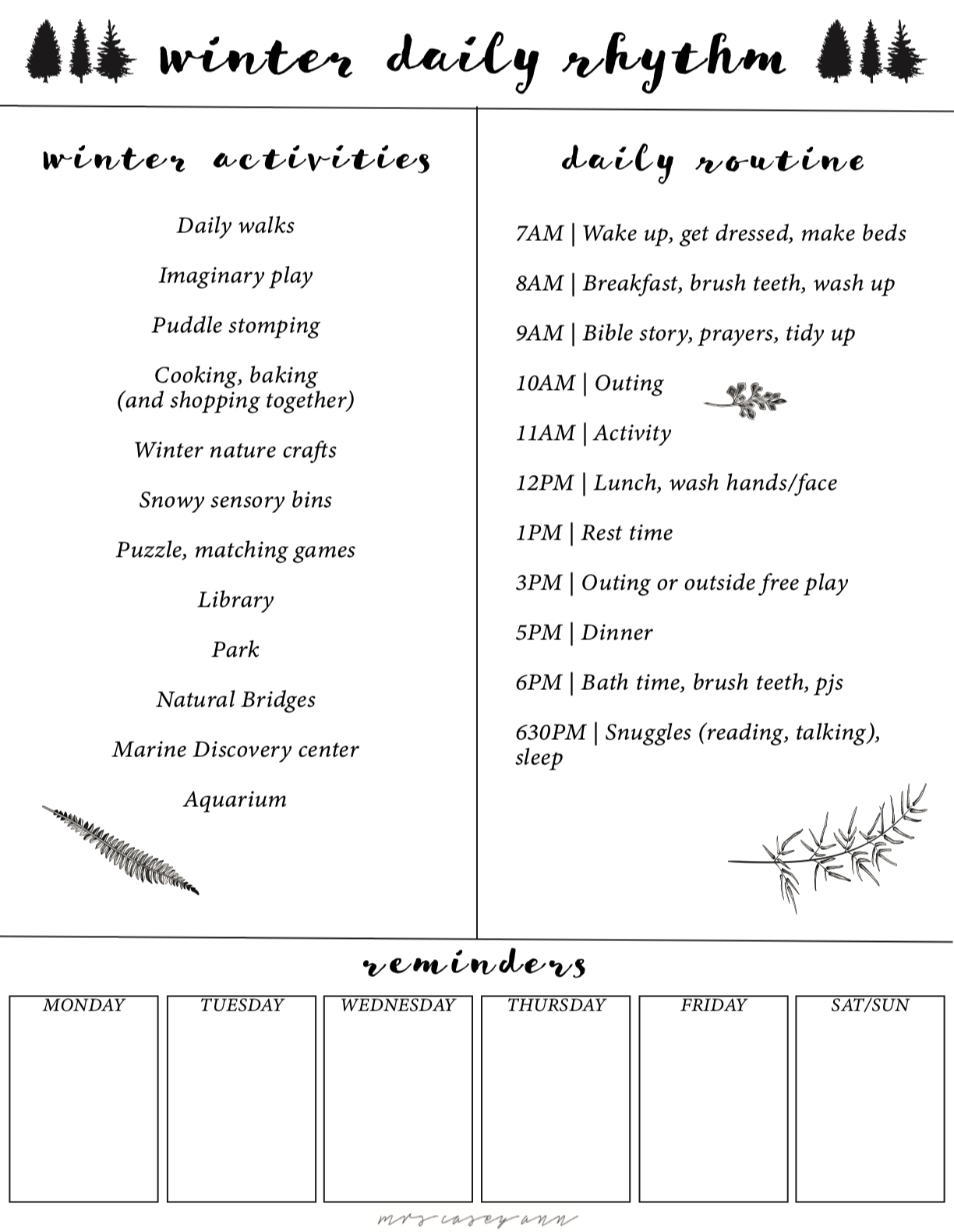